There is a multitude of reasons to get new windows as your home is one of the most important assets for you to invest in. Many homeowners have a difficult time assessing when is the right time to have their windows replaced. No one wants to spend money unnecessarily, but the potential to save money on energy bills and add value to the home with this type of renovation is enticing.

What Is The Lifespan Of Windows?

Buying the top-of-the-line wooden double-glazed sash windows will give you a greater return on your investment, but even the double-glazed version is not going to last forever. These are noted to offer a duration of approximately 20 years on average. Some factors play into that equation, however. It is determined by how they are cared for, the elements they are subjected to, and the framing material that you opt for with them.

Some manufacturers will offer product guarantees allowing for any faults to be replaced at no cost. But any that are found to be worn without the ability to be fixed are going to need to be replaced rather than repaired. Some signs will let you know that you have reached this point.

** When the windows are worn beyond the point of being repaired.

If you are seeing any signs of warping or rot or if the double glazing has begun to fail, these are indications that you must replace as opposed to trying to mend the damage.

A wooden frame can be quite difficult to maintain in good repair. When they are first put in, they are quite appealing. The upkeep is tedious with a need to service them annually which many homeowners tend to neglect. After rot has taken hold of the wood, it is virtually impossible to stop the progression, particularly with rain. Keeping these looking like they did when they were installed and functioning as they should is tough. And you can’t just leave them or the rot will eat away until opening and closing become more difficult. To learn about double-glazed options, read here.

Over time uPVC that is of poor quality has the potential to discolour and may warp due to exposure to the heat. You might begin to notice things such as leaks, cracks, condensation, chips, scratches, holes, if the double glazing is beginning to fail, not to mention a hard time in getting the temperature in your home to regulate.

** If you notice an elevation in your energy costs.

There can be a significant increase in your home’s energy bills due to inefficient windows impacting the insulation of the house. Your central heating is going to be working much harder, the more heat that is escaping through the windows and that is true of the air conditioning as well. This can be tested out by standing next to a window to see if any cold air is coming in. You are wasting energy if your glass feels cold when you touch it or if there are any gaps around the framing.

It’s wise to invest in double glazing that offers LoE or low-emissivity and argon gas. Heat loss will be greatly reduced as compared to older varieties that are typically fitted with single panes which are more prone to leaks.

** Opening or Closing the window is virtually impossible to do.

Not being able to open or close windows is a surefire reason to replace with a sense of urgency as this becomes a safety issue for the family. These serve as an imperative escape route in the instance of an emergency and there is no question of what you should do in this scenario.

There could be several reasons for the malfunction whether they were painted shut, became warped, whatever the cause, getting new is going to be the solution to the problem.

In many instances, the most cost-saving choice is to replace rather than take on expenses to patch the problem. Small fixes done in increments can ultimately lead to larger areas of damage and greater expense over time. The thing is once you have repairs done, you may have to start the process over as the old problems become new issues all over again. Once things start to go downhill, it’s difficult to make the surface appear ‘new’ again. For the benefits of double-glazed windows go to https://connectusfund.org/9-advantages-and-disadvantages-of-double-glazed-windows.

All in all, you should take a good look at your property. If you’re consistently having spells of feeling cold during the winter and particularly hot when the sun is shining, you may have windows that are single pane. This is pretty common in older properties but will typically make a home uncomfortable due to their inefficiency and overall ineffectiveness compared to the modern double-glazed windows. Your home is telling you one thing – you need new windows. 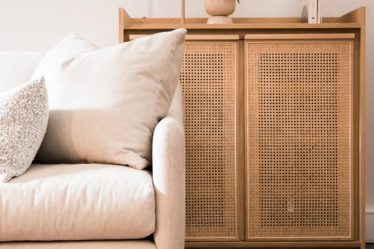 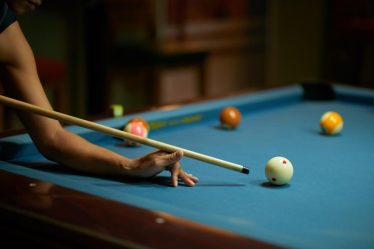