How to prepare and recover from the force of Mother Nature

Mother Nature is a vicious beast at times. Here, with specialists in insurance for farms, Lycetts, we discuss how we can prepare for and recover from various types of disasters in Britain.

Flooding has become an increasingly recurrent problem in Britain. Between November 2015 and January 2016, for instance, the UK experienced the most ever rainfall that dates period. Not too earlier than that, the wettest winter on record for the UK was recorded during the winter of 2013/14.

Luckily, with so many weather warnings available, you should have plenty of time to prepare for any flooding. This page of GOV.UK should also be monitored, as it informs you if your area is either at immediate risk of flooding, at-risk anytime in the next five days or is seen to be a long-term risk area. Is it likely flooding is going to hit where you’re based? Then you should get an emergency kit prepared (there are different ones for when you’re at a facility, on the move, or in your car, which Red Cross details here), as well as purchase some sand and sandbags in good time — these are likely to be in high demand once a flood strikes.

If you have been advised to leave your business until the flooding passes, make sure you turn off the mains’ power and shut and lock every window and door. This will protect your property and also give an extra barrier from floodwater getting inside. Take up-to-date photographs around the interior of your workplace too, as they may prove very useful in the event you need to make an insurance claim.

Once your property has had a flood, it’s important to dispose of any food that’s been in contact with floodwater. This is since floodwater is at risk of being contaminated with sewage. Until your water supplies company gives your tap water the all clear, you should only boil tap water or use bottled water. Your water supplies company should be contacted if your tap water’s colour, smell or taste has changed as well. Gas or electrical items should also not be switched on until they have been checked by a qualified technician, as they may have gotten wet during a flood.

Also, contact your insurance company as soon as possible following flooding. Make sure to take photographs ahead of starting any cleaning up too — which can be coupled with the photos taken when preparing for a flood as a before and after snapshot — and only discard any items once it’s been cleared by your insurer.

In the UK, we use a lot of water. In fact, Water UK states that over 17 billion litres of water is delivered to the nation’s mains water supply per day. This water will cater for more than 60 million consumers, with 150 litres used by each of us on a daily basis on average. Of course, this water will go into the UK’s mains water supply whether there is rain to replace it or not. Therefore, a drought will officially be declared in the country if we experience 15 days of minimal wet weather — under 0.2mm of rain. In the UK, we tend to witness a drought once every five to ten years.

You should put water conservation practices into action as a part of daily life. This will mean that you will be familiar with using less water in the scenario that water limitation measures are brought in across the country. With this in mind, look to use spare water on indoor plants or a suitable outdoor area of your workplace instead of just pouring it straight down the drain after its initial use. An instant hot water heater should be installed onto your sink too, while dripping faucets should be repaired by replacing the water — for this last point, bear in mind that a single drip per second will result in 2,700 gallons of water being wasted per year!

It could also be wise to plant both native and drought-tolerant shrubs, trees, grass and ground covers across your land. This is because they will adapt to the local climate and not need too much water once established; not to mention often surviving a sustained dry period without watering. Mulch should also be used to retain moisture in the soil, with the added benefit being that mulch controls weeds which compete with other plants for water.

Thankfully, most of your life will adjust back to normal relatively quickly following a drought. Any hosepipe bans which were enforced will be swiftly lifted, for instance, so that you can go back to cleaning the exterior of your business and watering plants as normal. Any restrictions on water use will be eased too, though it’s still best to keep up the water conservation practices advised above as a way of life moving forwards.

However, unfortunately for your lawn, it may take a bit longer to adjust back to normal. If it’s been subjected to drought for a long period, turf grasses may have turned brown and stopped growing completely. While most of the lawn will often recover in time with renewed rainfall, you should look to carry out renovation and repair work in the autumn for particularly problematic areas. Overseed areas that are sparsely grassed — this guide by the RHS will help — and refrain from using lawn weed killers on turf that has been affected by drought throughout the autumn.

Post-drought recovery in the UK is also monitored by the Environment Agency. In its Drought response: our framework for England report, the organisation states: “Once a drought recedes, it’s important to continue environmental monitoring to assess recovery of sites and identify any long-term environmental damage. Our area analysis and reporting teams are responsible for establishing and carrying out a drought recovery monitoring programme. Drought monitoring will normally continue until the ecology has recovered to normal conditions.”

The UK has had its fair share of storms. Between September 12th,2017 and January 24th, 2018 alone, there were nine named storms across the UK. Many people are sure to still have the ‘Beast from the East’ fresh in their minds too, were a mixture of blizzards, drifting snow, strong winds and bitterly cold temperatures caused huge problems and resulted in the Met Office issuing a rare red weather warning — the organisation’s most severe alert.

Start with the basics. If there has been a warning of a storm issued where you’re located. Any rubbish bins and exterior furniture should be moved indoors — perhaps in a garage or underground section of your workplace facilities — so that they are not able to cause damage to cars or surrounding property if they are blown over when a storm hits. On the topic of cars, you should move your vehicle into a garage or somewhere that is sheltered too so that they can’t receive damage from flying debris.

Are there trees and tall structures located near your business? Before a storm arrives, have a look to ensure they aren’t damaged and not likely to be blown over when the bad weather rolls in. If you are concerned, get in touch with your local authority, as leaving the problem may result in it damaging your property or putting people in danger. Trees and shrubs can also be trimmed to make them more wind-resistant as well. Take the time to know certain aspects of your business’ surroundings too. Checking the elevation level of an area will let you know if it’s prone to floods, for instance, while being aware of nearby dams and levees will allow you to assess whether these could cause a hazard to you during a storm.

It’s important that you don’t go outside to look at the damage caused until you are positive that the storm has passed. Even when it is safe to go outside and begin the storm clean-up process, be extra vigilant, as the wet and windy weather may have caused more damage than you can see. Trees and tall structures may now be unsafe, for example, so keep your distance until they can be accessed.

If you come across any downed trees, don’t remove them yourself. Instead, report the issue and any possible obstruction they are causing to your local council. Photos and notes should also be taken of any damage that has been caused to your business from the storm, with this being followed up by a phone call to your insurer to make them aware of all issues.

For winds to be classed as a gale, winds must reach between 32 and 63 miles per hour. However, the UK has been subjected to much more powerful gusts of wind over the years. On March 20th, 1986, for example, a gust of 173mph was recorded at the Cairngorm Summit. It’s not just at higher levels where strong winds cause problems though; a gust of 142mph was recorded at Fraserburgh, in Aberdeenshire, on February 13th, 1989, wind speed of 124mph was marked at Kilkeel in County Down on January 12th, 1974 and winds of 118mph were felt at Gwennap Head, in Cornwall, on December 15th, 1979.

It may sound obvious, but secure any loose objects before wind levels pick up. Crumbling brickwork and broken fences should also be tended to before severe gales arrive, as waiting until after the wind has eased could result in you having to fork out more money for the repairs — not to mention the issues posing risks to your property and workers based there while the gales are blowing fiercely.

Your workplace’s roof is sure to be one of the most exposed parts to be hit by a gale; carry out an inspection of it before the wind speeds gather pace. Any mould, sagging material, loose sheathing, areas that are leaking, and rusted nails should be reported to a specialist for them to rectify ahead of the problematic weather.

Once you’re sure that the wind has eased, check for any interior and exterior damage. Attempt to make your facilities as safe as possible again too, though it’s best to leave the complicated repairs to the experts. When inspecting your property, also be on the lookout for any fallen cables, loose masonry and weakened trees, keeping your distance if any of these are identified.
It is possible that your business would have lost the electricity supply during the gales. Don’t attempt to restore power yourself, but instead get in touch with your electricity supplier to make them aware of the issue and to get details about when the power will likely be restored.

It may also be worth giving your local council a phone call as they’ll try to check vulnerable buildings that are undergoing extensive structural work and remove any debris that has found its way onto highways, and close roads (where necessary) after severe weather has travelled across a region. 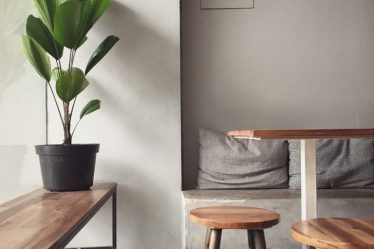 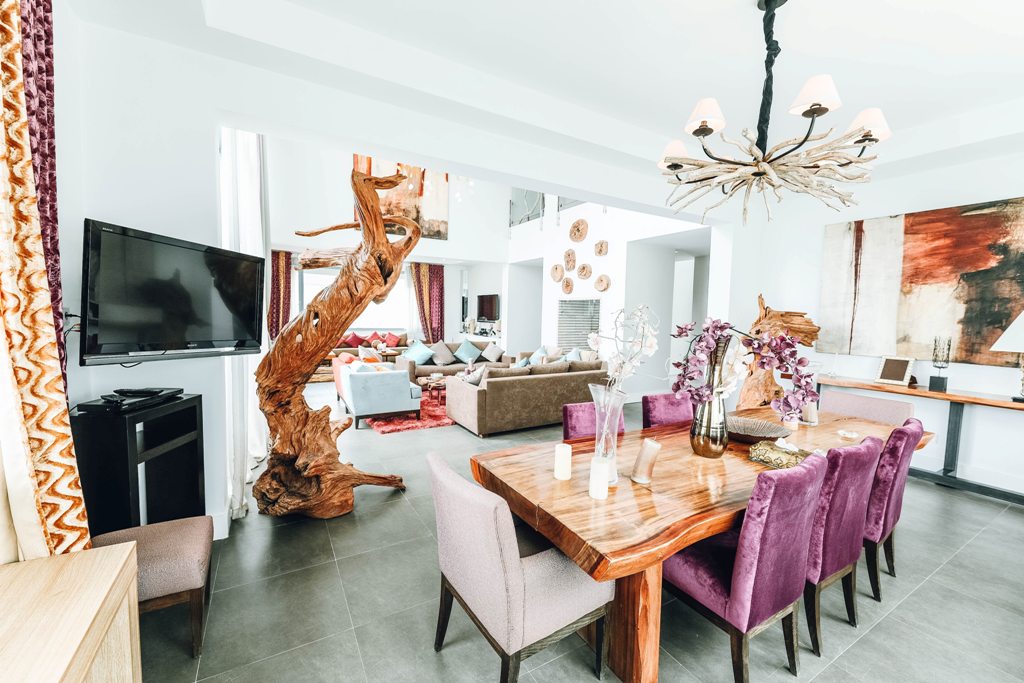 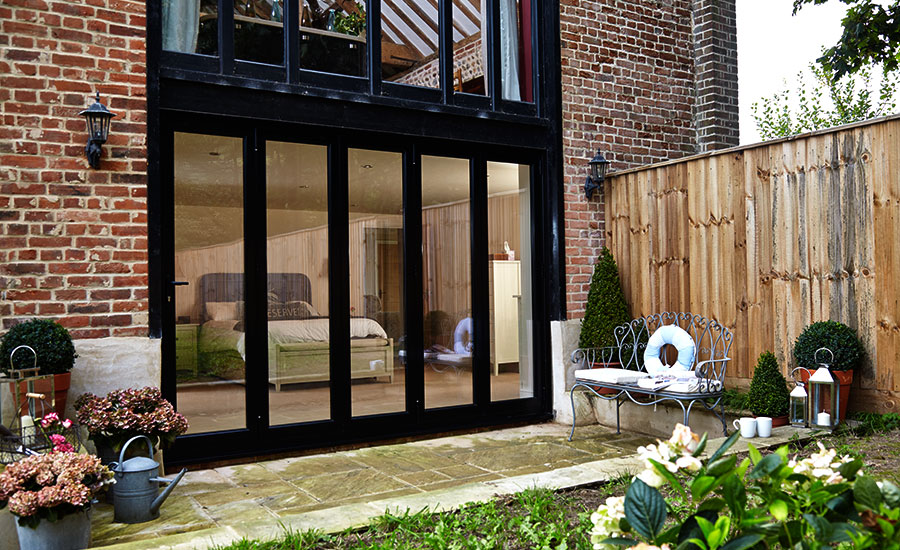